So, I started using the Fitbug.  It seems simple.  It works with the iPhone + It links to my PingAn insurance company.  What does this mean?  It means that if I do a certain amount of fitness each day or each week I earn points.  These points get me things like: movie tickets, or even cash back rewards when I do online shopping.  How cool is that?  I was going to work out anyway.  Now there is more incentive.  I will tell you how things go here on the blog.  Keep posted.

Posted by ict-design.org | Tom Johnson on September 9, 2014 in Technology 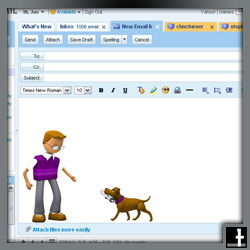 If you don’t know what K.I.S.S. is an acronym for, it’s time to look it up here at Wikipedia.  Subject to that idea, I would like to comment on Keeping It Simple.  I assume that one of the reasons that Apple and Google have done so well is because they got rid of all the bells and whistles and made things clean.  Just thinking to myself the big difference between the two aforementioned companies versus the likes of Microsoft, Yahoo or AOL and I would state its clutter, or lack thereof.

A friend of mine came in to me today asking how to get rid of the “stupid dog” that is now on the Yahoo email message.  Something that was never there before has now appeared and it took some looking around to figure out how to remove a silly image that a grown man probably doesn’t want to send as part of all his emails. 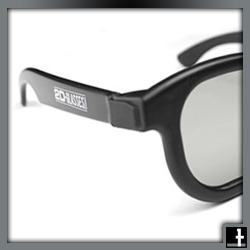 I’m not sure about you, but after the first or second time, movies in 3D are not a thrill for me anymore.  In fact, I actually don’t like them.  But sometimes the 3D movie might be the only one that is available, or is the next available film.  What am I do to about this?  Why haven’t they kept it simple, stupid?  Now, to some relief there are glasses that turn 3D movies into 2D.  Woot!   Here’s how they work:

When you watch a 3D movie, there are actually two images being projected onto the screen. That’s why the screen is blurry when you look at it without glasses. In 3D glasses one of the lenses blocks one image and the other lens blocks the other image.

Thus, when you watch a 3D movie each of your eyes is seeing a slightly different image. Your brain combines those images together, creating the illusion of a 3D image.

2D Glasses block the same image with both lenses, so each eye gets the same picture resulting in a 2D image and an elimination of eyeball strain.

I wonder when they will start making this?

The three coolest things I have seen lately are the Fujitzu 4 in 1 Bento Box, the Sixth Sense by Pranav Mistry and this concept phone, which is pretty slick.

All three devices are moving away from the touch keyboard the way we know it.  As I mentioned in the Bento Box article, I like the tactile feel of a nice keyboard, but I was sitting in an ISTEC meeting the other day taking notes on my iPad with the touchscreen keyboard, and I felt this was something I could get used to.  This would especially be true if it was not something that I was brought up with.

I was talking with a PYP computer teacher the other day and she was saying that little kids seem to have a much faster learning curve on an iPad versus computers with a traditional mouse and keyboard.  This idea led me to thinking about a question posed at the ISTEC meeting, “What are fundamental skills that all students should have by the time they graduate from high-school?” and a group member thought one part of the answer was “touch typing skills”

I wonder if this will actually be a skill set in the future.  I guess we will have to just wait and see.  In the meantime, I can’t wait to add more new gadgets that make my jaws drop when I see them to this list.  Enjoy the earlier jumps and the following video. 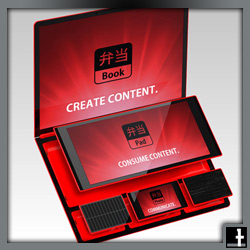 Bento box from Fujitsu.  I didn’t know I needed this before, but now I can’t see how I can live my life without it. I was writing posts about the 3:1 ratio that people need for the future, and now it seems that Fujitsu has heard what I was saying. From my understanding everything works in sync with itself: the notepad holds everything; the tablet becomes the keyboard; and the smart phone is the track-pad; plus more. Its sleek.

As we all know with technology, the first versions of everything are always cool, but I wonder what other companies have up their sleeves along these lines. I agree with the jump article which states tactile touch keyboards have something that a digital surface is missing.  All in all though, I like it.

Posted by ict-design.org | Tom Johnson on May 9, 2011 in Design, Technology