Brainstorming: With Anonymity and without

I was reflecting for a moment on the picture here, where Design Thinking was in action, and was thinking about how we often ask students, teachers, parents, administrators, workers, and so on to add their ideas to a wall through a brainstorm method.  But I was also thinking about accountability.  I wonder if it would be better to create a system like this where everyone needs to have their name attached to their idea.  My theory is that it would help in two ways.

The first is that the overall architect(s) would be able to return to the brainstorm and see who’s name is attached to the idea.  This way, if there is a problem, they can quickly follow-up with that person to get a clearer idea of what they were writing about.

The second idea stems from the fact that I assume people will put more effort into an idea if they know their name is attached to it.  With anonymity could come sloppiness, laziness, or downright silliness.

Where I think it might squash some of the better ideas because people may not want to put them forth since their name is attached, to counteract this, people could be asked to come back to the wall or another wall for another turn at it.  This time, they could put any idea that came to their head, but could do it anonymously.

I would argue that using both methods would be most useful because most ideas would be well thought out and articulated from those who had their names attached, but the second method would enable out-of-the-box thinking and the bizarre ideas to flourish.

What do you think?  Has this approach been done before?

Posted by ict-design.org | Tom Johnson on February 28, 2015 in Design, Education

25 Websites that will make you a Genius. Websites Educational 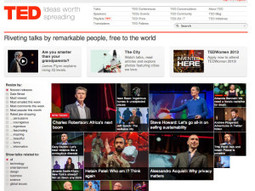 There are countless websites out there that are geared to make you smarter and more brilliant for either a low or no cost. Here are just 25 killer websites.

An excellent repository of resources to revisit.  I didn’t know about number 23.  Any that were new to you?

Posted by ict-design.org | Tom Johnson on February 20, 2015 in Technology 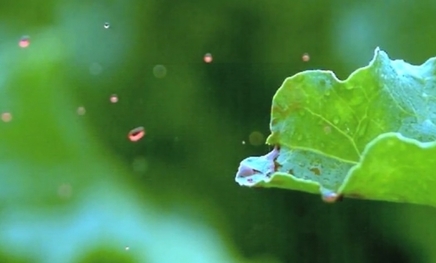 I was pointed to this resource through one of my courses.  It is an excellent free source of well-made, intelligent videos.

Posted by ict-design.org | Tom Johnson on February 20, 2015 in Technology

My goals for the site… 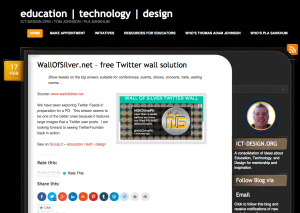 I will keep everything in WordPress because it works well, has great stats, and enables me to aggregate all of my feeds from Tumblr, Twitter, and Scoop.it.  I might look into whether my Instagram and Flikr video and photos can come through here as well.  In my spare time, I hope to accomplish a few things with this site this year, namely:

I am always searching for thoughts and advice.  What do you think?

Posted by ict-design.org | Tom Johnson on February 20, 2015 in Design, Technology