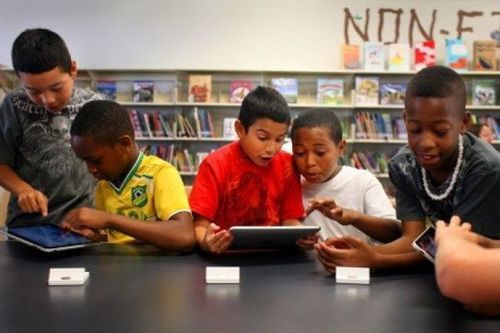 During its education event in January, Apple unveiled its plans to revolutionize the K-12 classroom with the iPad, electronic textbooks, a revamped version of iTunes U that supports content for K-12 schools as well as higher education, and tools for educators to create their own digital content using iBooks Author and iTunes U.

In the intervening months, schools and districts around the country have made significant investments in iPads, including the San Diego Unified School District, which invested $15 million in 26,000 iPads for its students. Those sales created a record quarter for Apple in the K-12 education market.

With the back to school season upon us, it’s clear that the massive iPad deployments will give Apple the opportunity to disrupt the classroom in the ways it has whole industries and, in many ways, that’s a good thing….

Posted by ict-design.org | Tom Johnson on August 18, 2012 in Technology