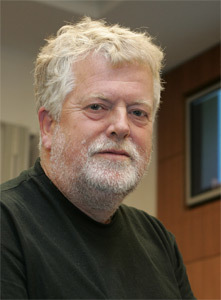 Each year a selection of ingenious students – from primary to university age – are invited along to BAFTA in London’s Piccadilly to show and talk about the extraordinary things they are doing with new technologies in their learning.

Guests attend by invitation: from the senior policy making echelons of the Whitehall Department of Education & Skills, and the Department for Culture, Media and Sport; from BAFTA’s own membership of film and theatre arts luminaries; from other influential organisations.

During the day the students explain just what it is that they are doing. Each year is more ambitious; each year poses real questions for policymakers and parents as the ambitions of these 21st century learners, together with their ability to deliver on these ambitions, becomes apparent.

Although we limit the scale of these conversations and demonstrations on the day, they are captured annually as a DVD, a web-site, podcasts and as photographs so that many thousands around the world can enjoy the event and be inspired too.

Posted by ict-design.org | Tom Johnson on March 29, 2013 in Technology