Less than 2 minutes is all it took me to make the above comic strip.  The learning curve using stripgenerator.com is low.  The options are seemingly endless.  The ability for teachers to use this in their classroom at a low age is high.  There is a “like” factor for kids.  Why not explore it for yourself.  I have listed some of the abilities with this all-in-one website below.

When you finish you can tag, print, share on Facebook and Twitter, embed on your website or blog, or even join with other strips you have made to create a booklet.  The website is very intuitive.  I can see many uses for it in education and give it 5 out of 5 stars as a resource.

Posted by ict-design.org | Tom Johnson on May 18, 2011 in Design, Education, Technology

The reason I mention the preceding internet memes is because I feel like I have found an excellent resource within a resource which these are just a glimpse of.

The first resource is www.dipity.com.  It is a website that is made for creating timelines and its easy.  Its social, which means that you can follow other people, recommend them, and comment on their timelines.

Within that resource is a timeline created by tatercakes that goes much more in depth about internet memes than what I have done.  As a technology teacher, I think it is really neat and useful timeline.  It has been viewed 4309304 times and can be found here.

Go beyond just viewing tatercakes timeline.  Search for others that might interest you.  Be a part of the web and create your own timeline for others to share, recommend and comment on.  Possibly your timeline might become the next internet meme that tatercakes will be adding to his timeline in the future. 🙂

Posted by ict-design.org | Tom Johnson on May 17, 2011 in Design, Education, Technology

Tags: I Can Has Cheezburger?, Internet meme, Know Your Meme, Lolcat, Timeline

I was recently in a forum where Berno Nilssonasked asked the question, “What do you think about online learning?”

I believe that online learning is a growing educational forum.  I feel that all educators need to consider this as something that is not an alternative but is considered necessary integration in education.  Students today are living online.  We need to meet them in the arena they know best.

I believe that online distance learning will continue to build momentum in the future. It brings education to students who do not have access to colleges and universities and provides them opportunities they never had before. Online teaching, to me, requires some special skills. These include the ability to show your enthusiasm for your subject matter through writing, good organizational skills, and the ability to engage your students without your physical presence.

Having had experience with online learning both with teaching and as a student, I feel that the best instructors provide a caring atmosphere which keeps the students engaged.

Conversely there is the argument that online learning takes away from the personal, humanness that we should nurture as we grow.  We need to tread slowly in this journey into the digital.  For example C. L. Max Nikias writes:

…between the ages of 17 and 22, a person’s mind and spirit open wide, as she begins to explore her world, her place in it, and what she intends to contribute to her society. It is during this age that some of a person’s most intense bonds and affiliations take shape. Because of this, the best undergraduate college or university education should be experienced in community, so that shared social, athletic and cultural experiences can be as mutually transforming as the intellectual experiences inside the classroom, library or laboratory.

My argument is also that online learning does not need to be separate from learning at school, especially in earlier years.  Teachers should be guiding students through ways to learn online.  I have a blog post that talks about Searching beyond Google and a page that Explores ways to Collaborate Online.

Posted by ict-design.org | Tom Johnson on May 16, 2011 in Education, Technology

Finally! They are charging cyber-bully teens 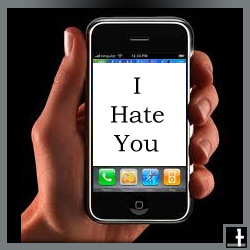 Washington State has set a precedent by charging 11 and 12-year-old kids for cyber bullying.

This is fantastic.  All too often I have heard about kids making others upset writing on Facebook walls, harassing, creating fake profiles, showing and creating unsuitable content on computers, tablets and smartphones.  This isn’t just the boys.  It’s the girls too!  And it isn’t just the older ones.  Students are starting as young as grade 2.

This is definitely an issue that is occurring in schools, but they can’t take full responsibility for the problems.  People, young and old, educators, parents and children need to do something about this problem.

My recommendation is that it doesn’t stop there.  If all countries adopted laws that are not toothless, students will think twice about being inappropriate online. Coming from the top-down takes out the grey area for schools.  A lot of the harassment is taking place at night-time, on weekends, and in the summer time, which is outside of the educational domain.  Is it still suitable for schools to be managing these situations?

We are charting relatively new territory.  However, there is already substantial proof that cyber-bullying is effecting students detrimentally.

Queensland University of Technology (QUT) researcher Marilyn Campbell said many child victims of cyber and internet abuse felt they had no place to hide.

She said cyber bullies were posting personal information about the victim on the internet while letting all their peers know the web address via email.

Dr Campbell said the victim had no method of direct retaliation and could not even strike back physically. She said that there is a feeling that everybody in the peer group knows what’s going on, whereas in face-to-face bullying it’s at least more contained with only a small audience.

More than 13 per cent of students already had fallen victim to cyber-bullying by year eight of school and 25 per cent knew someone who had. More than half of kids thought the phenomenon was on the rise, the study showed.

While traditional bullying often had long-term damaging consequences for its victims, it was possible to surmise that cyber bullying could have even worse consequences, Campbell said.

What if countries and states are not taking control where you live?  What can you do?  This video has a few strategies, including parenting, education and involvement.

Posted by ict-design.org | Tom Johnson on May 14, 2011 in Education, Technology